As a teen, I secretly gravitated to comics, especially superhero comics. If I thought no one was looking I would browse the circular rack of comics in the grocery store and I even once, defiantly, purchased with my own money the re-launch with new characters of a comic called X-men. That Krakatoa figured into this exciting adventure only increased its appeal. A sentient volcano! How cool is that! But I understood that comics were “low” entertainment, not worthy of my time and attention. Unfortunately my fear of being kindly criticized (by sympathetic people whose opinions I respected) for wanting to read comics overwhelmed my desire to read them, so I did not in fact begin reading comics in any number until I started dating the man I eventually married. He read comics. How cool was that?

This was his favorite comic series at that time. He was totally built like this when I met him. SWEAR TO GOD.

Despite the dicey literary worth (as considered in mainstream circles) of science fiction and fantasy, they at least were books and thus slightly less suspect than comics. Furthermore I was fortunate to have a high school English teacher who read, taught, and edited sff, so I read and experimented with writing the genre stories I loved even if they weren’t the realism my college writing teachers thought I should concentrate on.

With the exception of VALLEY OF THE DOLLS (which is properly speaking “bestselling women’s fiction,” not romance) I did not really meet genre romance novels until college. Work-study offered me the opportunity to work the night shift at the phone exchange (yes, I’m old) where sat an entire shelf of Barbara Cartland Harlequin novels. Although I loved Jane Austen’s PRIDE AND PREJUDICE, the Cartland novels, I quickly discovered, were not to my taste. However at this time I was also introduced to Georgette Heyer and some of the other classic romance novels, all far more appealing than Cartland.

What I mostly found out (really, was I *that* sheltered a child?) was that many people read romance novels, even women at a women’s college where we presumably should have “known better.”

Known better than what?

Now we pause and ask ourselves why the calumny heaped upon certain forms of entertainment? 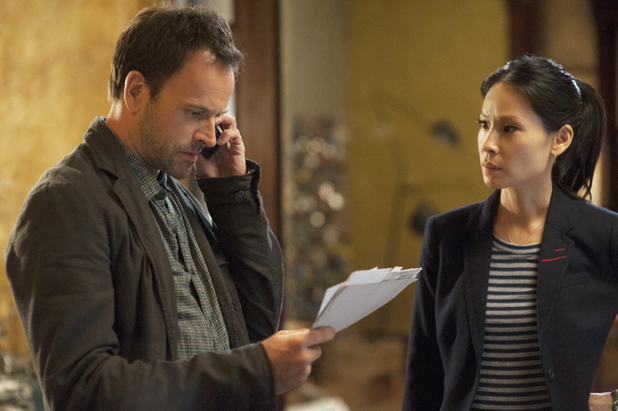 I began to publish science fiction and fantasy novels and soon became acquainted with the disdain with which romance novels of any stripe could be mocked and scorned by the writers and readers within the sff genre, which was itself mocked and scorned by the mainstream. Even to write books with the merest hint of “romance” in them was to invite derision from certain quarters of the sff field.

I well recall the time I was on a panel at an sff convention (on what subject I can’t recall) and a certain male writer of hard sf (whose name I will not share), in answer to a question, suggested that he and the other man beside him at *that* end of the table wrote real sf as opposed to us two women at the other end (he waved contemptuously toward us) who wrote material tainted by romance. That I can only paraphrase his words saddens me; I wish I had written down the comment although really it was the confluence of the words, his tone, and the gesture that sealed it, all done in a manner that suggested he knew the audience would naturally agree with him and thereby publicly refute us and our problematic, inferior narratives

This debate and discussion has of course gone on for decades. For years Catherine Asaro–whose scientific credentials are impeccable and whose sf melds hard sf and romance in a unique way–bravely championed romance as a legitimate subject and as a feminist subject. As well, Heyer has long had her champions in the sff field. Meanwhile the internet came along and with it the rise of book blogging. The book blogging I noticed first (being an sff writer as I am) fell into two modes: on-line critics who wrote about a certain type of literary sff (often great stuff, sometimes not to my taste) and the explosion of blogs relating to epic fantasy novels. The early years of epic fantasy book blogging skewed heavily to male writers. Romance, or anything romance-brushed, obviously need not apply as serious writing. That was the takeaway.

And then one day I stumbled upon Smart Bitches, Trashy Books, and I fell in love.

I am more of an occasional reader of romance; most of the fiction I read is sff (it’s my first true love if we leave aside my thwarted calf love for superhero comics). I do definitely love a good romance novel, and obviously I’m known for writing love stories into my novels (in a way that sometimes causes some readers to consider my works not really quite rigorous enough to be true sff).

SBTB took readers’ love of romance and shoved it in the face of a world that by and large mocked romance and romance readers. SBTB said, “Say what you will. We see no need to feel embarrassed by what we love to read, and we are going to talk about it in public. With each other.”

I can’t tell you that was their mission statement, but that’s what I took from it. Suddenly there was connection between readers who had felt themselves isolated.

B & G Made in Danmark

In her post on the tenth anniversary of the blog’s beginning, co-founder Sarah Wendell makes this very point:

“I joke that I vastly underestimated two things when Smart Bitches began, one being the number of readers who love romance and feel isolated and alone because they have no one to talk to about the books they love. But it’s not actually a joke – it’s very true.”

Diminishing people, telling them that what they love to read or watch or eat or do for recreation is trivial or stupid is a tactic. It’s not always a deliberate and conscious tactic but it serves the same purpose nevertheless: to create a hierarchy of judgment in which some can establish their taste as superior (morally or intellectually) to others and thus judge which books (or even lives) are good and worthy while relegating others to the rubbish bin of history and human culture.

Now let me briefly detour to reassure you that I know some of the books I read and enjoy are trash. So what? What does that even mean?

I’m not getting into issues of writing craft here except to say that writing skill is a real thing and some writers have developed it better than others, but those skills aren’t directly linked to genre. To use an example close to home, all sff novels aren’t automatically less well written than any literary novel (as sff writers have sometimes complained they are told), and if that is true of sff then how is it not true of any other genre?

To some extent I (and I suspect SBTB) are using the word “trash” affectionately and as a means to pushback against the idea that intense stories of human relationship and interaction that center on women’s lives and experiences and on consensual and positive sex and romance are, by definition, trashy or less “serious” than stories that revolve around endeavors and concerns identified by our culture as male-focused.

I know exactly what Rayna and Juliette think of THAT.

Finding SBTB ten years ago was one of the tools that allowed me to stop feeling I had to apologize for so many things. Book reviewing websites like SBTB, Dear Author, Book Smugglers, and far too many more to list here, have broken open the narrow gatekeeping portals of the olden days, allowing more people than ever to discuss the books they read and love (or hate).

In other words, most of us no longer have to be solitary readers if we don’t want to be. How cool is that? How empowering is that?

This poster from the alternate universe we SHOULD be living in.

As Sarah Wendell goes on to say:

“Having a safe and welcoming space in which to discuss honestly how the books we read make us feel is vitally important.”