Page proofs of COLD STEEL are complete and turned in. 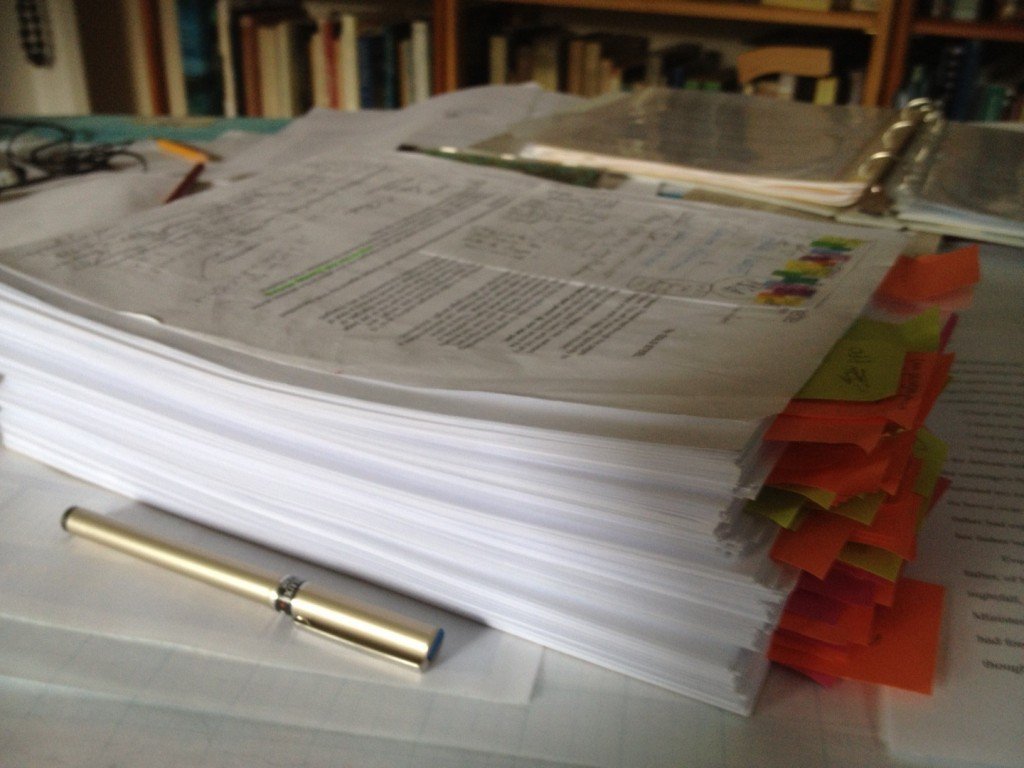 The over-abundance of orange post-its has to do with a typesetting glitch (which I have been given to understand is already corrected).

This officially is the cleanest set of page proofs I’ve ever gone over. In a 597 page manuscript I personally found only four mistakes (the official proofreader called attention to a couple of other things for a total of perhaps 8 mistakes). The rest are small changes I made because I cannot stop niggling with the manuscript. Substituting one noun because I had repeated a different noun four times. Replacing a slightly clunky line of dialogue with a sharper snarkier one. And so on.

BUT IT IS NOW DONE. In other words, I can’t change anything else even if I wanted to.

Meanwhile, sometime later this week Orbit UK will be announcing the release of all seven of the Crown of Stars books in digital editions. They asked me to write up a Crown of Stars Retrospective post (in whatever manner I wanted to retrospect the series), and composing that short essay took all my post-writing time for the week. So I still have not completed the second part of the post on the Creole of Expedition (Part One here). In fact, I have no Monday post ready to go at all, and thus because I determined to post every Monday like I promised, I decided here today to reprise a post from May 2011 in which I group the most common reactions to Andevai as he appears in Cold Magic into five basic descriptions. I did this because reactions were very divided, and also because I knew once Cold Fire came out, I would likely get a new set of reactions.

Here they are, five ways of seeing Andevai (behind a cut so those who remember the post can, if they wish, skip it): END_OF_DOCUMENT_TOKEN_TO_BE_REPLACED